Posted on March 5, 2014 by superhappyawesome

Monday was the day for High School graduation ceremonies here in Japan. It’s usually the first of March, but since it fell on a Saturday this year, it was moved to the next soonest weekday. I’ve gotten used to graduation in Japan being in March, but it’s still odd to me to have classes the next day with first and second years. There’s still a couple weeks left until spring break and the end of the school year, but the third years are finished! 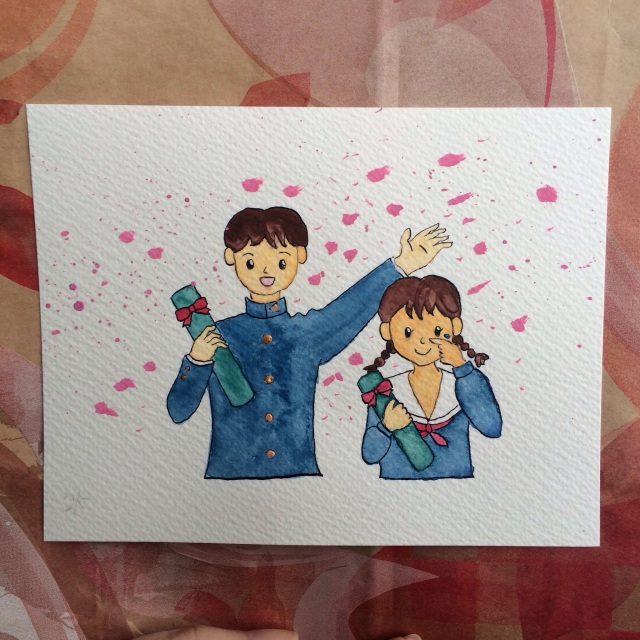 I made this little painting for the graduating class and put it out with the telegrams. This is a fun tradition that I haven’t seen elsewhere. People that can’t attend the ceremony send formal telegrams, often put into elaborate cases and displayed in a place of honor. Because the teachers in Japanese schools are transferred every few years, and high school ceremonies are generally held on the same day, so there are many teachers that are only able to go to their current school, though they might have spent the first years of the students high school careers at a different school. I was able to attend the ceremony, but I still thought it would be a fun gesture 🙂 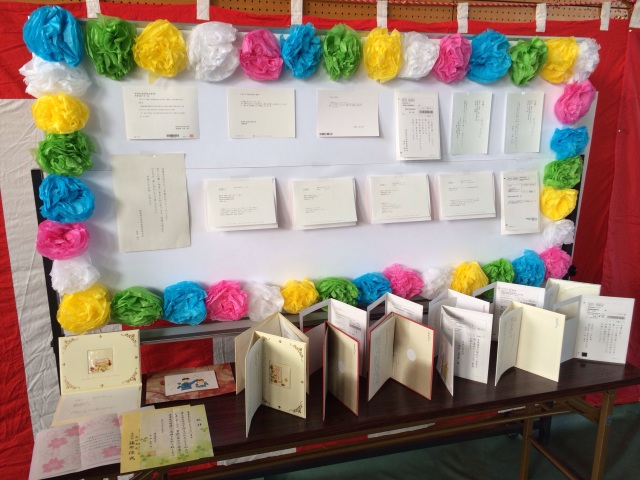 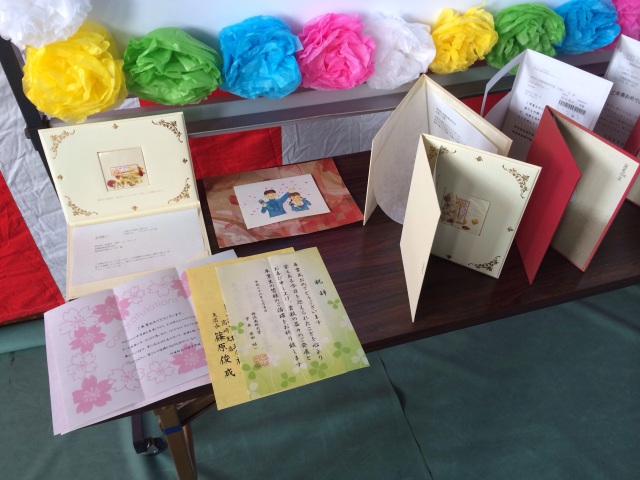 Living in Japan!
View all posts by superhappyawesome →
This entry was posted in Art and tagged Art, congratulations, Graduation, illustration, Japan, Japanese, my art, paint, painting, watercolor. Bookmark the permalink.