Round Up, Round Up!

Posted on April 28, 2011 by superhappyawesome 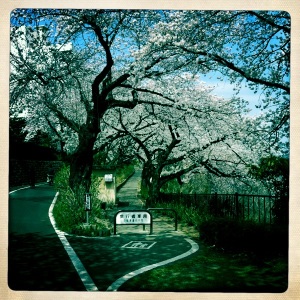 What time is it? Round up time! It’s the end of another lovely week here in Japan, where it’s hovering in between winter and summer, and yet isn’t quite Spring. Hot, cold, windy, rainy, it’ll make your head spin! Much of the country is excited to be kicking off Golden Week, as the first National Holiday hits tomorrow with Showa Day.

Anybody have any exciting plans for Golden Week? Lots of my fellow foreign English Teachers seem to be running off to exotic locales, but Sean’s out of town till Monday, so we’ll probably take it pretty easy next week as he gets over Jet Lag. We are hoping to see some friends and have some fun, but hopefully avoid the famous crowds as apparently the entire country rushes from place to place in celebration of this lovely (though all too short) gasp of freedom.

So, about that round up!

Outside the world of Super Happy Awesome, there was some pretty cool stuff too!

Finally, my favorite new-to-me Blog of the Week is This Japanese Life with awesome posts recently on everything from Combini to Enkai, two of my favorite things about Japan. He’s a great writer, and his posts are hilarious. If you want to know more about life in Japan, give it a go!

9 Responses to Round Up, Round Up!