Posted on December 1, 2011 by superhappyawesome

If you’re dreaming of coming to a magical land where there’s anime at every turn, and the girls have big beautiful eyes sparkling up at you, most people would tell you that Japan isn’t really like that. But here’s a little secret–sometimes it is.

For example, as far as anime at every turn, character goods are actually fairly prevalent. 7-Eleven is full of everyone’s favorite pirates from One Piece, and Lawson tends to carry products from the popular High School Girl/Rock Band series K-On!, among others. The feature length movie hits theaters on December 3rd, so what better than a little promotion?

And while these big beautiful eyes are staring up at you, there’s no need to give the girl a kiss. Though you may want to give her a nibble instead… 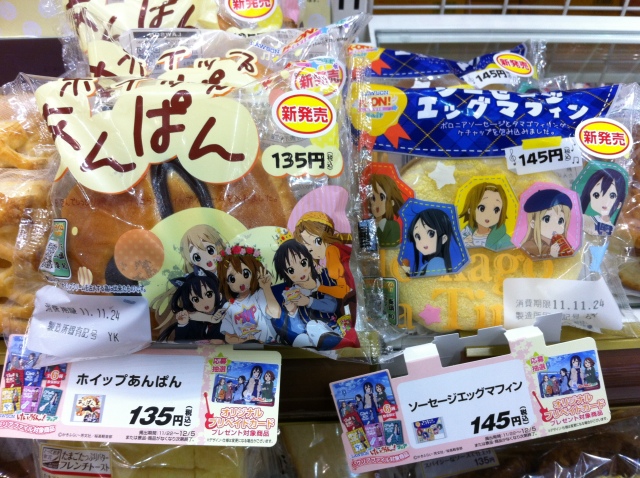 I find it odd that almost every single girl is shown with her mouth open, or putting something into it. Why? 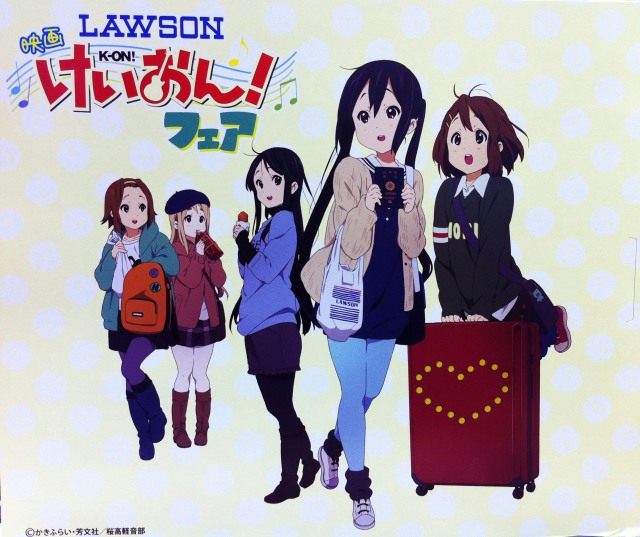 Seriously, why are all of their mouths open?

So many goods available! 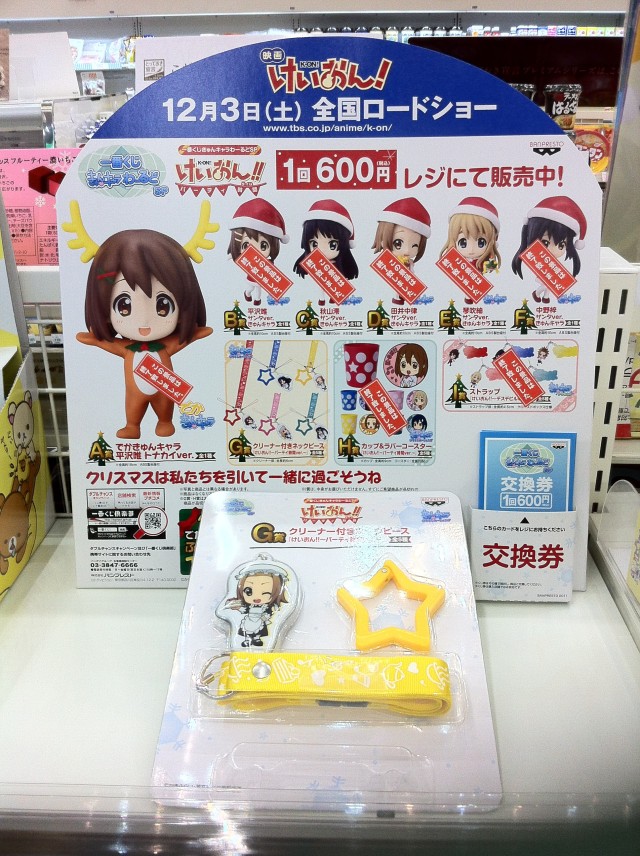 To get one of these toys, you pay 600 yen and pull a drawing for a random item. The thing was cleared out in less than a day.

Would you like a K-On! Christmas Cake? I like the chocolate house, but the cake itself looks to be aimed more at kids. I’ll be posting a much cooler Christmas cake from a different popular series soon!

So, what do you think? Would you buy any of this stuff? I didn’t this time, but seeing this stuff on the shelves is still one of those things that I find entertaining about life in Japan.

Living in Japan!
View all posts by superhappyawesome →
This entry was posted in Anime and tagged anime, conbini, k-on!, keion, lawson. Bookmark the permalink.