Posted on June 27, 2014 by superhappyawesome 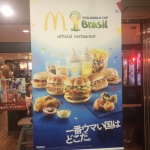 Well, Japan may have been knocked out of the World Cup, but I hope that the flavors that the World Cup brought to Japan aren’t knocked out of people’s hearts and marketer’s minds. Marketing masters here in Japan have used this as a fabulous excuse to really experiment, and everyone has benefited. Well, I have, anyway. I mean, when’s the last time you had risotto at McDonald’s? Squid Ink Risotto at that? And here’s the really crazy thing–it was good.

There have been two rounds of burgers at McD, each featuring a white meat and a beef option, the later of which came on a soccer ball bun in both rounds (gimmicky, but I appreciate the commitment to the theme!)

The first round featured a Brazilian burger with lots of colorful vegetebles and a German Pork Schnitzle with a tasty mushroom sauce. The second round has a Japanese Minced burger, which is great if you love Japanese style メンチカツ, but it’s a little too close to school lunch for my taste. The French Cordon Bleu Chicken is aces though, with chicken, ham, and a cheese sauce that seems to taste of gruyere. Overall the quality has just been ridiculously high for a McDonald’s, and I can’t imagine and American branch ever doing something this complicated this well. 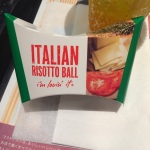 The real stars of the show are the side dishes, with the lovely Creme Brulee McFlurry (if you’re feeling truly decadent, combine it with the churro and blow your damn mind!) holding up the sweets and the Risotto Balls on the salty side. Deep fried risotto balls was one of my favorite things when I went to Rome, and McDonald’s does a shockingly decent facsimile.

I mean, risotto. At McDonald’s. What? It even comes in two flavors, tomato and squid ink sauce, both of which are filled with ooey-gooey melted mozarella. SQUID INK. AT MCDONALD’S. I mean, last I was in the states, squid ink sauce wasn’t that common at Italian restaurants in general, unless you went to a pretty nice place. Has it become more mainstream in the past couple years?

Anyway, I’m not sure how much longer these will be available, so if you’re in Japan, I recommend you hurry up and grab some of this ridiculous business! What’s the craziest thing you’ve heard of at a McDonalds? 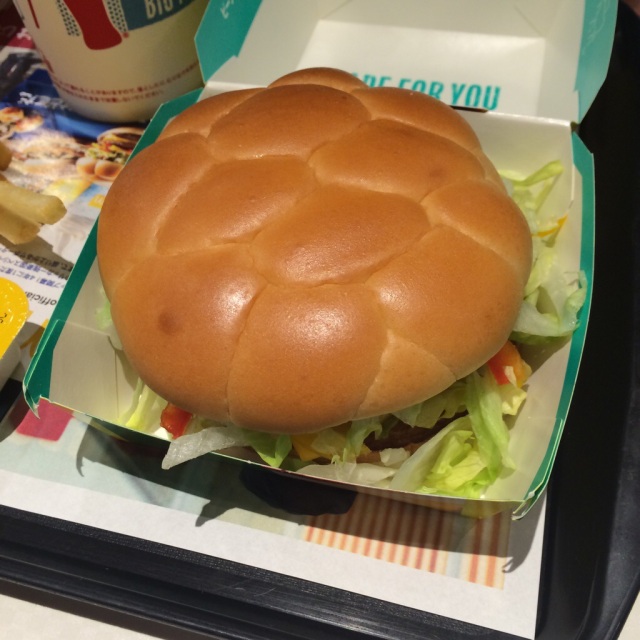 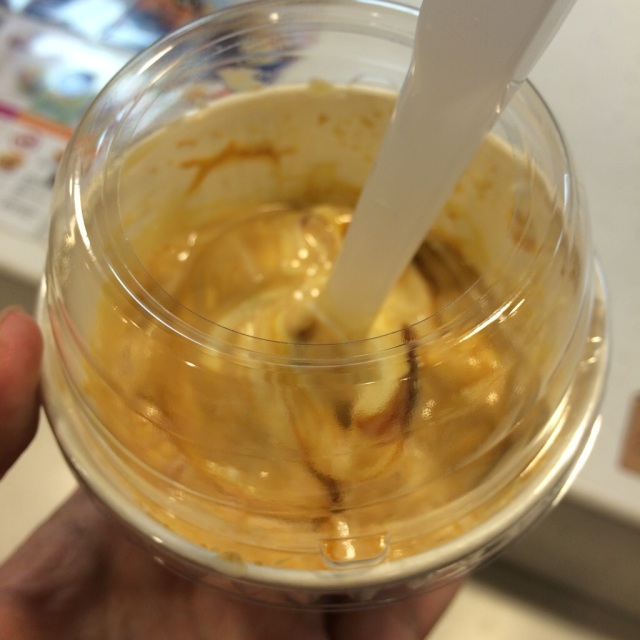