Costco — The Moment Japan Got Fat

Posted on September 5, 2011 by superhappyawesome

Next month. Maybe next Spring.

Finally, after months of rumors and whispers, the day arrived–Costco opened its doors in our fair corner of Japan.

The angels sung on high, and Facebook was flooded with pictures of peanut butter and complaints about the crowds. I wasn’t planning to go until said crowds settled down, but when a friend offered to drive me on opening weekend, I thought I might as well see what all the fuss was about. 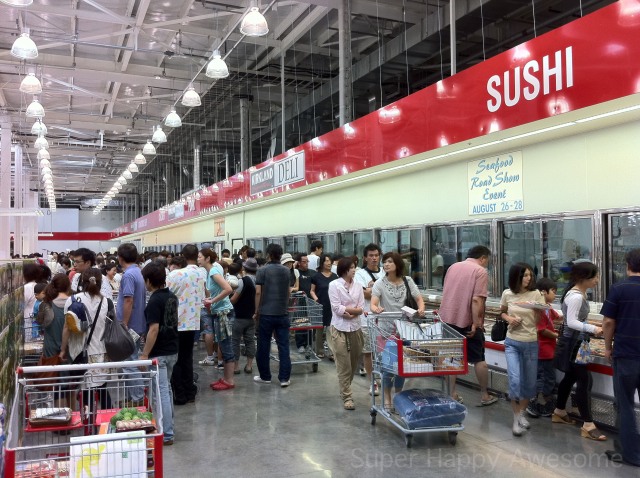 Does your Costco have a sushi department? 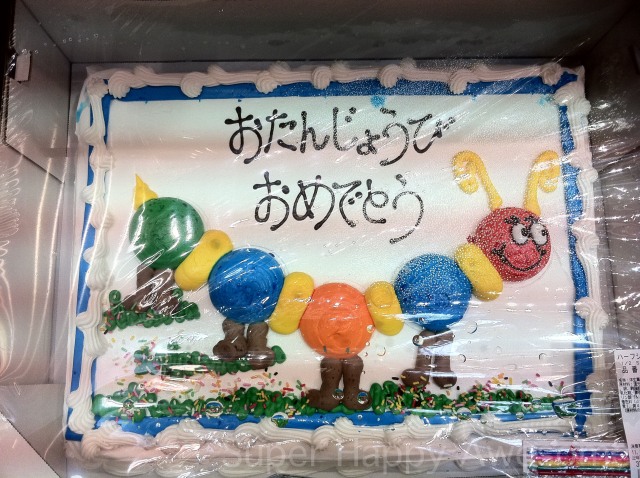 おたんじょうび おめでとう! Happy Birthday! I really hope this cake tastes American, with proper frosting–not the whipped cream you see on every other cake in this country. By the way, my birthday is September 21st. JUST SAYIN’. 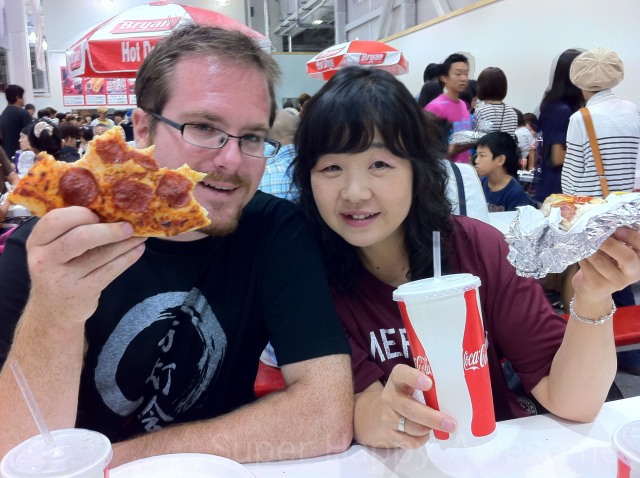 Hey, look! It’s Traveling Grant and our lovely friend Noriko! Noriko is awesome for many reasons, including the fact that she has a car! Though I did discover this weekend that Costco is, in fact bike-able. This makes me feel much less guilty about the pizza. Oh, and Grant blogged about our trip too!

If you have access to good pizza that doesn’t include toppings like potato salad and surprise mayonnaise, then this picture will mean little to you. If you live in Japan? LOOK! PIZZA, REAL PIZZA.

While some things had crazy good prices, a lot of Japanese things were surprisingly expensive. For example, this Daruma is a similar size to the Anime Expo Daruma that we brought to LA this summer, but it cost more than three times as much. Huhwha?

On the one hand, I’m quite excited to have such easy access to so many American goodies in such ridiculous quantities, but I’m a bit conflicted too. I mean, it’s great to spend 500¥ and get a package of blueberries the size of a tissue box, when that much money normally gets you just a handful of berries!

But then I start thinking about the fact that those berries came from Canada, and were grown with transport in mind…and carbon footprints…and then I start feeling uncomfortable about portion sizes and watching small children eat ice creams bigger then their heads while their parents cart around pizzas that won’t even fit in their fridges, let alone ovens…

What do you think about Costco Japan? Magical wonderland of international delights, or globalization gone too far? I can see both sides of the argument, honestly. But as I said on Twitter: I feel like people will look back at Costco entering Japan as The Moment Japan Got Fat.

Living in Japan!
View all posts by superhappyawesome →
This entry was posted in Adventure! and tagged コストコ, Costco, Costco Japan. Bookmark the permalink.

23 Responses to Costco — The Moment Japan Got Fat