Posted on August 23, 2011 by superhappyawesome

This week’s installment in The Many Faces of Gunma-chan reminds me of a Rorschach test. Though there is an actual interpretation and meaning behind this visual salad of an image, I think that the possibilities are potentially endless! 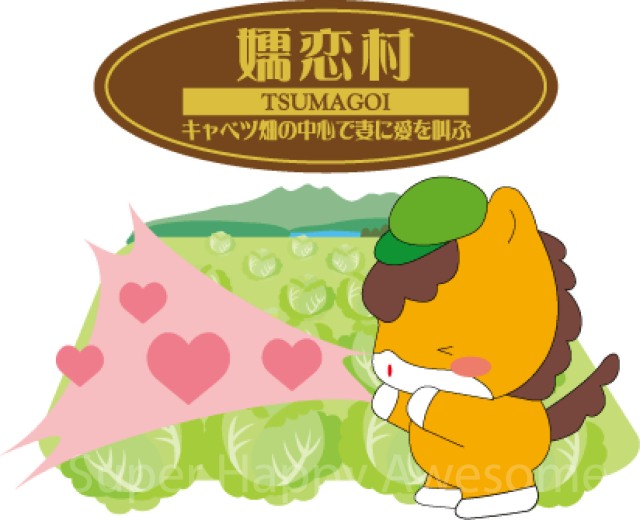 Personally, it appears to me that Gunma-chan is vomiting his internal organs onto a field of cabbages. Like cows with their many stomachs, ponies apparently have many hearts, and poor Gunma-chan is expelling his all over the unsuspecting foliage. かわいそうね!

What do you think Gunma-chan is up to in Tsumagoi? I’ll post the actual meaning ! Below the cut!Gunma-chan is participating the the local Tsumagoi tradition, whereby one declares one’s love for one’s wife loudly in the middle of a field of cabbages. Apparently it’s the thing to do in Tsumagoi!

(Seriously. I’m not making this up.)